Across America, prominent leaders have issued calls to build greater national unity at a time when the nation grapples with difficult issues. At the same time, corporate activism in America seems to be rising as is trust in industry and industry executives. New data from the CMO Survey and companion surveys of consumers suggest that when it comes to promoting national unity, there is a disconnect between CMO and consumer expectations. This webinar features a powerful set of thought leaders including: Philip Kotler, Northwestern University – “Father of Modern Marketing;” Christine Moorman, Duke University – Editor in Chief of Journal of Marketing; Maura Scott, Florida State University – Coeditor in Chief of Journal of Public Policy & Marketing; and J. Walker Smith, Kantar – 2021 Parlin Award recipient along with AMA CEO Russ Klein as moderator. 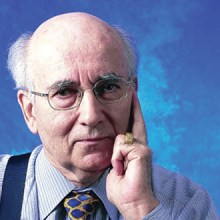 Philip Kotler is the S. C. Johnson Distinguished Professor of International Marketing at the J. L. Kellogg School of Management.  He has been honored as one of the world’s leading marketing thinkers.  He received his M.A. degree in economics (1953) from the University of Chicago and his Ph.D. degree in economics (1956) from the Massachusetts Institute of Technology (M.I.T.), and has received honorary degrees from 22 universities including Stockholm University, the University of Zurich, Athens University of Economics and Business, Budapest School of Economics and Administrative Science, the Kracow School of Business and Economics, and DePaul University.

He is the author of over one hundred and fifty articles and 80 books, including Principles of Marketing, Marketing for Hospitality and Tourism, Strategic Marketing for Nonprofit Organizations, Social Marketing, Marketing Places, The Marketing of Nations, Confronting Capitalism, Democracy in Decline, and Advancing the Common Good.  His research covers strategic marketing, consumer marketing, business marketing, professional services marketing, and e-marketing. He has been a consultant to IBM, General Electric, AT&T, Bank of America, Merck, Motorola, Ford, and others.  He has lectured several times in Italy, Sweden, China, Japan, India, Indonesia, Australia, Mexico, Brazil, Chile, and many other countries.
For more biographical information on Philip Kotler, see My Adventures in Marketing, available at Amazon 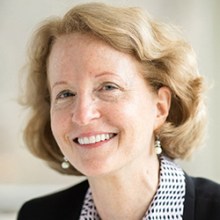 Christine Moorman is the T. Austin Finch, Sr. Professor of Business Administration at The Fuqua School of Business, Duke University where she is a member of the marketing area. Professor Moorman’s expertise lies in examining the nature and effects of learning and knowledge utilization by consumers, managers, organizations, and financial markets. She has studied these effects in the context of innovation, marketing alliances and networks, and public policy. Professor Moorman’s research has been published in a range of top journals, including the Journal of Consumer Research, Journal of Marketing, Journal of Marketing Research, Marketing Science, Academy of Management Review, Administrative Science Quarterly, and Harvard Business Review.

Professor Moorman is the founder and managing director of The CMO Survey where she collects and disseminates the opinions of top marketers in order to predict the future of markets, track marketing excellence, and improve the value of marketing in firms and in society. She blogs about survey findings at Forbes, Harvard Business Review, Marketing News, and The CMO Survey. 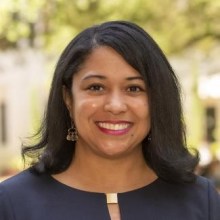 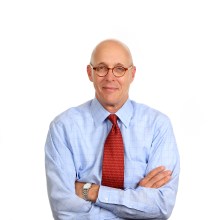 J. Walker Smith is Executive Chairman of Kantar Futures, a WPP Kantar company, which is the leading global foresights and futures research consultancy with a core purpose of helping clients “Profit From Change.” Walker has been described by Fortune magazine as “one of America’s leading analysts on consumer trends,” and he consults with clients globally about trends, futures, marketing and business strategy. He is the co-author of four highly regarded books, including Rocking the Ages (1997), a book about generations that is now regarded as one of the standards in the field and included in the Cracking the Millionaire Code list of the top 101 marketing books, and Life Is Not Work, Work is Not Life (2001), selected by the Wall Street Journal as one of the ten best work-life books of 2001. He is a much sought-after speaker, a columnist for Marketing News, a blogger, an avid daily tweeter of links to must-read material, and a former weekly radio commentator for almost ten years on Smart City, a public radio show about cities and community life. His presentation at TEDxPeachtree 2012 led off the program. He is a 2012 inductee into the N.C. Advertising Hall of Fame. In 2014 and 2015, he won the WPP Atticus Award for thought-leadership in Strategy and in 2013 for Consumer Insights. He was a featured expert interviewed by Tom Brokaw for a segment in the 2010 CNBC special, BOOMER$, as well as one of the authorities narrating the “Generation Boom” bonus content included with the Season 7, Part 2 Mad Men DVD. Walker holds a doctorate in Mass Communication from the University of North Carolina at Chapel Hill 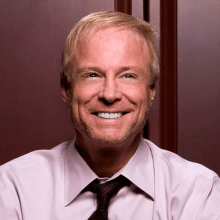 Russ Klein has quarterbacked teams for many of the world’s foremost brand names—holding top marketing and advertising posts at Dr Pepper/7UP Companies, Gatorade, 7-Eleven Corporation, Burger King Corporation, and Arby’s Restaurant Group. He has held leadership positions with Leo Burnett and FC&B advertising agencies. Russ is a partner with PopSockets LLC listed as #2 on Inc. 5000 fastest-growing companies in America. Russ also serves as a senior advisor to Goldman Sachs for strategic acquisitions.

His Burger King body of work, where he served as CMO/President, was recognized by ADWEEK as “The Advertiser of the Decade” for the 2000’s…a distinction belonging to Nike and Budweiser in previous decades. Klein was again recognized as a seminal influence behind Burger King’s recognition at the 2017 Cannes ad festival for marketing creativity; referencing several of his most popular campaigns including: Burger King’s groundbreaking digital campaign, “Subservient Chicken” ranked as the 6th greatest campaign of 21st Century by Ad Age and Digital Ad of the Decade by the Wall Street Journal, and ushered in the era of digital marketing. Klein was responsible for “Whopper Freakout,” the highest recalled advertising campaign ever measured by Nielsen’s IAG Research among all advertisers

Klein’s impact on business performance as a CMO is unrivaled; being the only CMO to lead marketing for three major LBO-IPO consumer product deals that have garnered returns to shareholders of 447%, 442%, and >10,000%; each shattering records at the time for growth and shareholder return. Under his leadership, Burger King same-store-sales grew at a 5.2% CAGR for almost seven straight years while worldwide revenue grew over 45% during that same period. Klein’s innovation teams have generated billions in annual revenue across multiple enterprises. Russ was nicknamed “Flamethrower” by an industry publication for his managerial risk-taking and bold marketing moves.

As CEO for the American Marketing Association and torch bearer for the discipline, Russ is charged with an epic transformation of the AMA. Klein recently announced a bold restructuring initiative reconstituting the American Marketing Association as “a technology company that provides professional development solutions, credentials of value, esteemed peer-reviewed thought leadership, personal growth, advancement, and fellowship in the field of marketing.”

Klein is also architect of the seminal theory, Brand = ExperienceStory aimed at advancing the discipline of Experience Design for businesses. His work on “Tension in Advertising” is taught around the world as an educator resources from the Marketing Science Institute. He writes and teaches as one of the leading experts on building brands through experience design. Klein also consults enterprises on marketing capabilities and strategic planning. He is a graduate, Distinguished Alumnus, and lifetime Alumni Association member of The Ohio State University and graduate of the Harvard Business School Advanced Management Program.

His vision for the future of marketing is “A world in which everything is bought, and nothing is sold.