Conversational Marketing is changing the way businesses buy from businesses. The impact of immediate human engagement with a buyer that is actively exploring your solution cannot be overstated. But this instant, personalized interaction shouldn’t start only when the buyers arrive on your site. You should be having these conversations at every stage of the buying process and across all of your marketing channels.

Join Mark Kilens, VP of Content and Community at Drift, for a webinar on Friday, May 14 to learn how to improve the customer experience and accelerate revenue with Conversational Marketing. 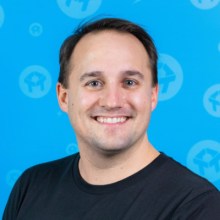 Mark Kilens is VP of Content and Community at Drift where he leads the content, events, community, and L&D teams.

Prior to joining Drift, he served as VP of Marketing and founder of HubSpot Academy. As an enthusiastic former customer, Mark joined HubSpot in 2010 as an Inbound Marketing Consultant, where he spent two years working with thousands of HubSpot customers to scale their inbound strategy. From there, he went on to build HubSpot Academy from the ground up, and in doing so, educated millions of people and created a best-in-class hub for marketing and sales content and training.

When he’s not at Drift, Mark enjoys plenty of steak and lobster, a round of golf or two, and loves being on snow or in the ocean.